Boy in Vermont reels in a record-setting carp

Boy in Vermont reels in a record-setting carp. A 10-year-old who reeled in a giant carp says he knew it was a record contender before he ever got it ashore.

The Rutland Herald reports the carp was weighed at a bait and tackle shop in New York in April. The Vermont Fish & Wildlife Department made the record official last month. The fish was a quarter-pound bigger than the previous record holder.

Stokes, now 11, said he likes fish for carp because they’re “hard to find.”

Shawn Good from the Vermont Fish & Wildlife Department called the boy a “fishing maniac.” He said Stokes has landed the most trophy fish in Vermont’s Master Angler Program. 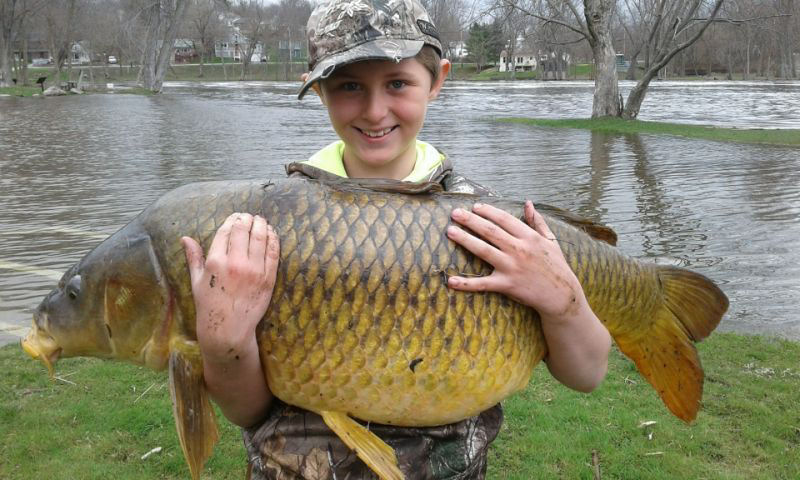