Skip to content
Previous Next
Shark Week Shirts Are Here

Shark Week is an annual, week-long TV programming block created by Tom Golden at the Discovery Channel, which features shark-based programming. Shark Week originally premiered on July 17, 1988. Featured annually, in July and/or early August, it was originally devoted to conservation efforts and correcting misconceptions about sharks. Over time it grew in popularity and became a hit on the Discovery Channel. Since 2010, it has been the longest-running cable television programming event in history. Now broadcast in over 72 countries, Shark Week is promoted heavily via social networks like Facebook and Twitter. Episodes of recent years are also available for purchase on services like Google Play Movies & TV/YouTube, Amazon Video, and iTunes. Some episodes are free on subscription-based Hulu. 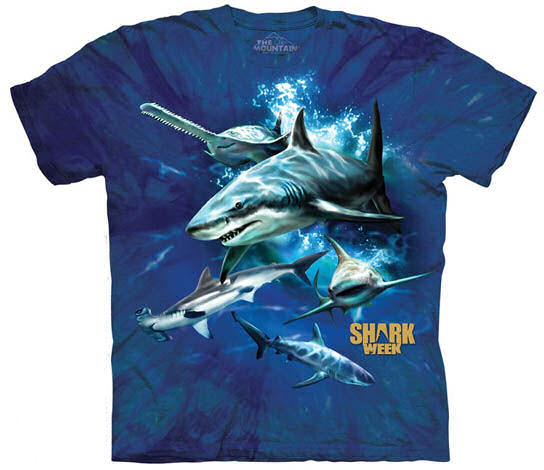 In 2015, Discovery announced a new, shark-themed weekend would air on the Discovery Channel. The weekend took place in late August 2015, and contained three different programs. The first program, which aired on Sunday, August 29, was MythBusters vs. Jaws, followed right after by Shark Alley: Legend of Dynamite. The next day, Sunday, August 30, one program aired, called Air Jaws: Walking with Great Whites. The purpose of Shweekend was to increase the shark-related content from previous years and to prolong the summer’s shark coverage.

Since its early days, Shark Week has evolved into more entertainment-oriented and sometimes fictional programming. In recent times, it has attracted much criticism for airing dramatic programs to increase viewers and popularity. This fictitious programming, known as docufiction, has been produced in the last few years. Examples of such programs include Megalodon: The Monster Shark Lives, Shark of Darkness: Wrath of Submarine, Monster Hammerhead, Lair of the Mega Shark, and Megaladon: The New Evidence. This strategy was successful, especially for the program Megalodon: The Monster Shark Lives, as it became one of the most watched programs in Shark Week history, primarily for the controversy and backlash it generated. The mockumentary was based on an ancient giant shark called megalodon, which is now long extinct. The airing of this program fueled an uproar by viewers and by the science and science-loving community. It eventually started a Discovery Channel boycott. Since then Discovery has increasingly come under fire for using junk science, pushing dubious theories, creating fake stories and misleading scientists as to the nature of the documentary being produced.

On 28 October 2014, Rich Ross became the new president of Discovery. Later in early 2015, he vowed to remove the so-called “docufiction”, which are fake and dramatized documentaries, from the future Shark Week lineups.